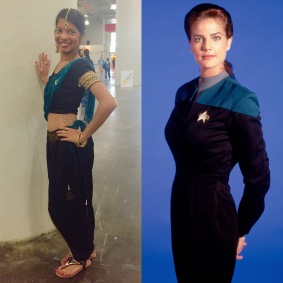 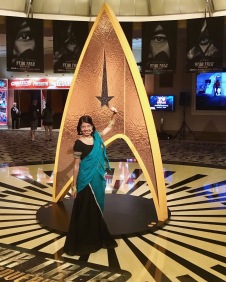 What began as a simple idea soon became an elaborate project and a unique, empowering fusion experience for Mira, a self-proclaimed devotee of Beverly Crusher, whose heartfelt desire to see herself represented in the franchise led to the creation of “Bollywood Bev”. Boldly going where no one has gone before and merging her Indian culture and love of Starfleet uniforms, she celebrates the best of both worlds — her authentic self within the Trek universe — in an effort to promote diversity in Trek and increased visibility for underrepresented groups including the South Asian diaspora to which she belongs.

For more about Mira’s endeavours and adventures as Bollywood Bev, see below: