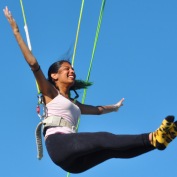 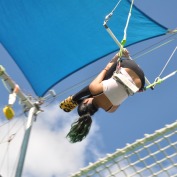 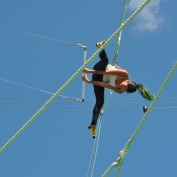 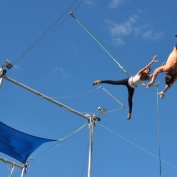 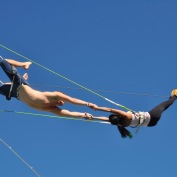 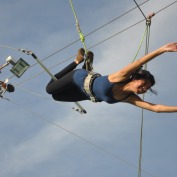 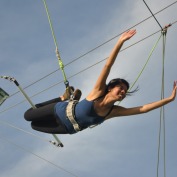 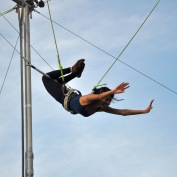 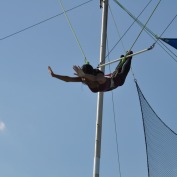 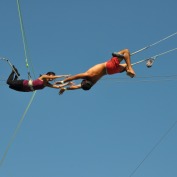 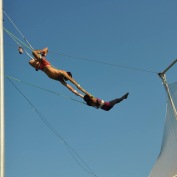 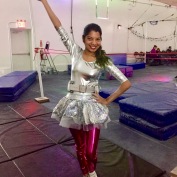 Mira began her career as a flying trapeze artist at Trapeze School New York (TSNY) in the summer of 2015 when she decided to try something new and exciting that no one, not even herself, expected her to do. The second she took off from the platform 23 feet up in the air, overlooking the Hudson River and in view of the World Trade Center, she knew this was something she needed to pursue. For the first time, she felt true freedom and joy unlike any she had known before as she soared through the sky and flying quickly became an addiction. She has been training on and off for the past few years when she has been able to.

In January 2017, after 10 weeks of intensive training and sustaining only a few minor scrapes and bruises, she made her flying debut in the Winter Show at TSNY, nailing all her tricks and catches. She is determined to continue pursuing her circus dreams and going pro in the near future. Flying allows Mira to be herself without any reservations and put on a show for all who enjoy the thrills of aerial arts.